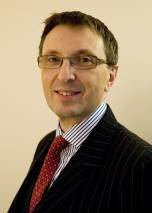 Anthony’s initial training was in mathematics and physics, and his first role was at a research institute developing novel methods for forecasting extreme environmental events. Time spent at sea on research ships, coaxing instruments to yield data, gave him a lasting interest in measuring things effectively. Forecasting of all kinds is an abiding interest.

With his oceanographic background, Anthony moved into the offshore engineering industry and started to develop a knowledge of structural safety and its interaction with environmental conditions.

Anthony then took up a role as a railway project engineer and became deeply involved in the reliability and safety of railway systems. Anthony managed safety cases on the Docklands Light Railway and on Manchester Metrolink. Both projects were in the vanguard of systematic safety case management and quantified risk analysis on British railways. Both involved the development of novel techniques and approaches. It was during his work in the railway industry that Anthony first encountered the Six Sigma approach to operational excellence and first exploited it on a programme-critical task to improve the reliability of automatic train braking.

Railways gave Anthony a perspective on electrical and mechanical engineering from the systems level but his next role was in detailed mechanical design. In his leadership role at an automotive research establishment, Anthony  managed the introduction of advanced mathematical modelling techniques that were able to predict the performance of complex mechanical parts, constant velocity joints.  These techniques gave engineers deeper insights into the physics of failure, and how manufacturing variation affects performance and whole life cost. Using these tools and employing response surface methods, the team were able to achieve dramatic improvements in component life and overall performance.

During his time in the automotive industry, Anthony also became involved in providing statistical support to problem solving teams. Anthony began to see the potential for systematic business improvement programmes in industry.

From 1996, Anthony worked as an independent management consultant and further developed his interest in business improvement, operational excellence and risk management. Projects included: eliminating scrap from manufacture of nuclear fuel rods (radioactive waste), improving the manufacture of aerospace turbine blades, reducing cost and lead time in residential mortgage processing, assessing the probability that electricity demand would exceed supply, and improving the reliability of measurement systems in the pharmaceutical industry.

Since 2009 Anthony has also practised as a barrister in England and Wales, broadening his interests in risk management into litigation in the commercial and health and safety fields.