Almost one in five deaths in the US can be linked to lead pollution, with even low levels of exposure potentially fatal, researchers have said.

That, in any event, was the headline in the Times (London) (£paywall) last week. 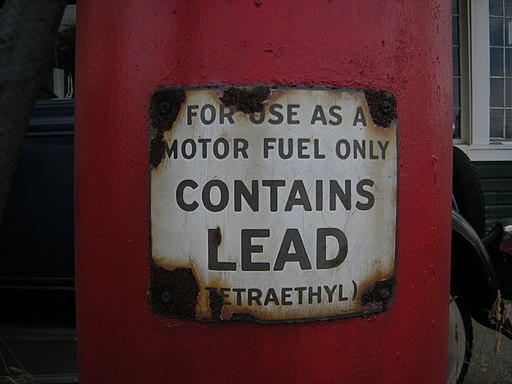 The item turned out to be based on academic research by Professor Bruce Lanphear of Simon Fraser University, and others. You can find their published paper here in The Lancet: Public Health.1 It is publicly available at no charge, a practice very much to be encouraged. You know that I bristle at publicly funded research not being made available to the public.

As it was, no specific thing in either news report or the academic research struck me as wholly wrong. However, it made me wonder about the implied message of the news item and broader issues about communicating risk. I have some criticisms of the academic work, or at least how it is presented, but I will come to those below. I don’t have major doubts about the conclusions.

The pot odds of a jaywalker

Lanphear’s  principal result concerned hazard rates so it is worth talking a little about what they are. Suppose I stand still in the middle of the carriageway at Hyde Park Corner (London) or Time Square (New York) or … . Suppose the pedestrian lights are showing “Don’t walk”. The probability that I get hit by a motor car is fairly high. A good 70 to 80% in my judgment, if I stand there long enough.

Now, suppose I sprint across under the same conditions. My chances of emerging unscathed still aren’t great but I think they are better. A big difference is what engineers call the Time at Risk (TAR). In general, the longer I expose myself to a hazardous situation, the greater the probability that I encounter my nemesis.

Now, there might be other differences between the risks in the two situations. A moving target might be harder to hit or less easy to avoid. However, it feels difficult to make a fair comparison of the risk because of the different TARs. Hazard rates provide a common basis for comparing what actuaries call the force of mortality without the confounding effect of exposure time. Hazard rates, effectively, offer a probability per unit time. They are measured in units like “percent per hour”. The math is actually quite complicated but hazard rates translate into probabilities when you multiply them by TAR. Roughly.

I was recently reading of the British Army’s mission to Helmand Province in Afghanistan.2 In Operation Oqab Tsuka, military planners had to analyse the ground transport of a turbine to an hydroelectric plant. Terrain made the transport painfully slow along a route beset with insurgents and hostile militias. The highway had been seeded with IEDs (“Improvised Explosive Devices”) which slowed progress still more. The analysis predicted in the region of 50 British service deaths to get the turbine to its destination. The extended time to traverse the route escalated the TAR and hence the hazard, literally the force of mortality. That analysis led to a different transport route being explored and adopted.

Lanphear was working with a well established sampling frame of 18,825 adults in the USA whose lead levels had been measured some time in 1988 to 1994 when they were recruited to the panel. The cohort had been followed up in a longitudinal study so that data was to hand as to their subsequent morbidity and mortality.

What Lanphear actually looked at was a ratio of hazard rates. For the avoidance of doubt, the hazard that he was looking at was death from heart disease. There was already evidence of a link with lead exposure. He looked at, among other things, how much the hazard rate changed between the cohort members with the lowest measured blood-lead levels and with the highest. That is, as measured back in the period 1988 to 1994. He found, this is his headline result, that an increase in historical blood-lead from 1.0 μg/dL (microgram per decilitre) to 6.7 μg/dL was associated with an estimated 37% increase in hazard rate for heart disease.

Moreover, 1.0 and 6.7 μg/dL represented the lower and upper limits of the middle 80% of the sample. These were not wildly atypical levels. So in going from the blood-lead level that marks the 10% least exposed to the level of the 10% most exposed we get a 37% increase in instantaneous risk from heart disease.

Now there are a few things to note. Firstly, it is fairly obvious that historical lead in blood would be associated with other things that influence the onset of heart disease, location in an industrial zone, income, exercise regime etc. Lanphear took those into account, as far as is possible, in his statistical modelling. These are the known unknowns. It is also obvious that some things have an impact on heart disease that we don’t know about yet or which are simply too difficult, or too costly or too unethical, to measure. These are the unknown unknowns. Variation in these factors causes variation in morbidity and mortality. But we can’t assign the variation to an individual cause. Further, that variation causes uncertainty in all the estimates. It’s not exactly 37%. However, bearing all that in mind rather tentatively, this is all we have got.

Despite those other sources of variation, I happen to know my personal baseline risk of suffering cardiovascular disease. As I explored here, it is 5% over 10 years. Well, that was 4 years ago so its 3% over the next 6. Now, I was brought up in the industrial West Midlands of the UK, Rowley Regis to be exact, in the 1960s. Our nineteenth-century-built house had water supplied through lead pipes and there was no diligent running-off of drinking water before use. Who knew? Our house was beside a busy highway.3 I would guess that, on any determination of historical exposure to environmental lead, I would rate in the top 10%.

Well, no. Neither should you be.

That was the title of a seminal 1951 book by Nobel laureate economist Kenneth Arrow.4 Arrow applied his mind to the question of how society as a whole should respond when individuals in the society had differing views as to the right and the good, or even the true and the just.

The distinction between individual choice and social policy lies, I think, at the heart of the confusion of tone of the Times piece. The marginal risk to an individual, myself in particular, from historical lead is de minimis. I have taken a liberty in multiplying my hazard rate for morbidity by a hazard ratio for mortality but I think you get my point. There is no reason at all why I, or you, should be bothered in the slightest as to our personal health. Even with an egregious historical exposure. However, those minimal effects, aggregated across a national scale, add up to a real impact on the economy. Loss of productive hours, resources diverted to healthcare, developing professional expertise terminated early by disease. All these things have an impact on national wealth. A little elementary statistics, and a few not unreasonable assumptions, allows an estimate of the excess number of deaths that would not have occurred “but for” the environmental lead exposure. That number turns out to be 441,000 US deaths each year with an estimated annual impact on the economy of over $100 billion. If you are skeptical, perhaps it is one tenth of that.

Now, nobody is suggesting that environmental lead has precipitated some crisis in public health that ought to make us fear for our lives. That is where the Times article was badly framed. Lanphear and his colleagues are at pains to point out just how deaths from heart disease have declined over the past 50 years, how much healthier and long-lived we now are.

The analysis kicks in when policy makers come to consider choices between various taxation schemes, trade deals, international political actions, or infrastructure investment strategies. There, the impact of policy choices on environmental lead can be mapped directly into economic consequences. Here the figures matter a great deal. But to me? Not so much.

What is to be done?

How do we manage economy level policy when an individual might not perceive much of a stake? Arrow found that neither the ballot box nor markets offered a tremendously helpful solution. That leaves us with dependence on the bureaucratic professions, or the liberal elite as we are told we have to call them in these politically correct times. That in turn leads us back to Robert Michels’ Iron Law of Oligarchy. Historically, those elites have proved resistant to popular sentiments and democratic control. The modern solution is democratic governance. However, that is exactly what Michels viewed as doomed to fail. The account of the British Army in Afghanistan that I referred to above is a further anecdote of failure.5

But I am going to remain an optimist that bureaucrats can be controlled. Much of the difficulty arises from governance functions’ statistical naivety and lack of data smarts. Politicians aren’t usually the most data critical people around. The Times piece does not help. One of the things everyone can do is to be clearer that there are individual impacts and economy-wide impacts, and that they are different things. Just because you can discount a personal hazard does not mean there is not something that governments should be working to improve.

It’s not all about me.

Some remarks on the academic work

As I keep on saying, the most (sic) important part of any, at least conventional, regression modelling is residuals analysis and regression diagnostics.6 However, Lanphear and his colleagues were doing something a lot more complicated than the simple linear case. The were using proportional hazards modelling. Now, I know that there are really serious difficulties in residuals analysis for such models and in giving a neat summary figure of how much of the variation in the data is “explained” by the factors being investigated. However, there are diagnostic tools for proportional hazards and I would like to have seen something reported. Perhaps the analysis was done but my trenchant view is that it is vital that it is shared. For all the difficulties in this, progress will only be made by domain experts trying to develop practice collaboratively.

My mind is always haunted by the question Was the regression worth it? And please remember that p-values in no way answer that question.