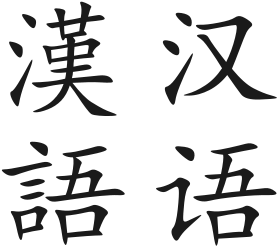 Between 1958 and 1960, 67 of the 120 inhabitants of the Chinese village of Xiaogang starved to death. But Mao Zedong’s cruel and incompetent collectivist policies continued to be imposed into the 1970s. In December 1978, 18 of Xiaogang’s leading villagers met secretly and illegally to find a way out of borderline starvation and grinding poverty. The first person to speak up at the meeting was Yan Jingchang. He suggested that the village’s principal families clandestinely divide the collective farm’s land among themselves. Then each family should own what it grew. Jingchang drew up an agreement on a piece of paper for the others to endorse. Then he hid it in a bamboo tube in the rafters of his house. Had it been discovered Jingchang and the village would have suffered brutal punishment and reprisal as “counter-revolutionaries”.

The village prospered under Jingchang’s structure. During 1979 the village produced more than it had in the previous five years. That attracted the attention of the local Communist Party chief who summoned Jingchang for interrogation. Jingchang must have given a good account of what had been happening. The regional party chief became intrigued at what was going on and prepared a report on how the system could be extended across the whole region.

Mao had died in 1976 and, amid the emerging competitors for power, it was still uncertain as to how China would develop economically and politically. By 1979, Deng Xiaoping was working his way towards the effective leadership of China. The report into the region’s proposals for agricultural reform fell on his desk. His contribution to the reforms was that he did nothing to stop them.

I have often found the idea of leadership a rather dubious one and wondered whether it actually described anything. It was, I think, Goethe who remarked that “When an idea is wanting, a word can always be found to take its place.” I have always been tempted to suspect that that was the case with “leadership”. However, the Jingchang story did make me think.1 If there is such a thing as leadership then this story exemplifies it and it is worth looking at what was involved.

This leader took personal risks. Perhaps to do otherwise is to be a mere manager. A leader has, to use the graphic modern idiom, “skin in the game”. The risk could be financial or reputational, or to liberty and life.

Luck is the converse of risk. Real risks carry the danger of failure and the consequences thereof. Jingchang must have been aware of that. Napoleon is said to have complained, “I have plenty of clever generals but just give me a lucky one.2 Had things turned out differently with the development of Chinese history, the personalities of the party officials or Deng’s reaction, we would probably never have heard of Jingchang. I suspect though that the history of China since the 1970s would not have been very different.

The more I practice, the luckier I get.

It was Jingchang who drew up the contract, who crystallised the various ideas, doubts, ambitions and thoughts into a written agreement. In law we say that a valid contract requires a consensus ad idem, a meeting of minds. Jingchang listened to the emerging appetite of the the other villagers and captured it in a form in which all could invest. I think that is a critical part of leadership. A leader catalyses alignment and models constancy of purpose.

However, this sort of leadership may not be essential in every system. Management scientists are enduringly fascinated by The Morning Star Company, a California tomato grower that functions without any conventional management. The particular needs and capabilities of the individuals interact to create an emergent order that evolves and responds to external drivers. Austrian economist Friedrich Hayek coined the term catallaxy for a self-organising system of voluntary co-operation and explained how such a thing could arise and sustain and what its benefits to society.3

But sometimes the system needs the spark of a leader like Jingchang who puts himself at risk and creates a vivid vision of the future state against which followers can align.

Deng kept out of the way. Jingchang put himself on the line. The most important characteristic of leadership is the sagacity to know when the system can manage itself and when to intervene.